Skip to Content
Home / Spring Styles / There Ain’t No Rest for the Wicked: When in Ubay, Bohol 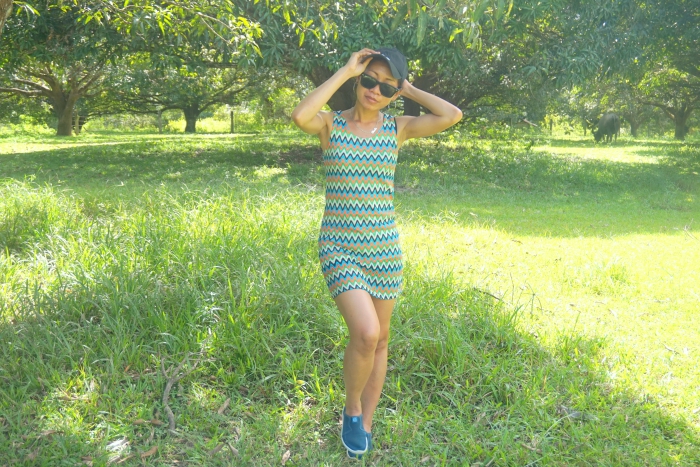 When the introvert plays the role of an extrovert, the fun would be hellish. Last weekend was still full of adventures which always ended up with me totally knocked out at 11:30 pm. I normally sleep at 2 in the morning, compromising my brain cells for the silence and romantic feeling when the world is sleeping. Since the moment I landed in Philippines, I’ve been zigzagging the city already.

Last Saturday was as busy as the other days. A friend of a friend who becomes now my friend invited us to her farm in Ubay, Bohol, a place that I haven’t really visited, which is a shame, me being a pure Boholana. So, my friends and family, jam-packed in my brother’s tourist van went on for a ride. You can contact me if you want to have a Bohol tour by the way (wink-wink). It’s quite a discovery. I have travelled from Panglao to Ubay so it’s actually a coast-to-coast trip. The road, like all the main roads in Bohol are so well-developed.
On the way to Ubay, we took the road which traverses the towns of Balilihan, Batuan, Carmen, San Miguel and Trinidad. We’ve seen and crossed green rivers, scenic bridges, the chocolate hills of Carmen and mountains. I felt like I was traveling from Paris to Annecy only that the trees are bigger and taller sometimes creating a canopy overhead. It’s like a tunnel of trees. I was captivated by Trinidad, with gumamela  flowers and fire trees lined up along both sides of the road. 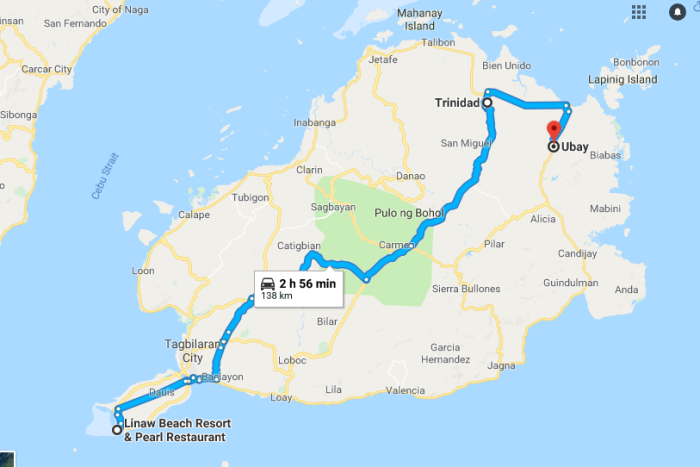 Then we arrived at AFGA Farm in Ubay. It is a dream place. They’ve got more than a hundred mango trees and ducks and chickens and pigs too. But it was beside the carabao  where we spent most of the time and took a lot of pictures. We had our lunch under a big mango tree and promenaded to check the rest of the farm.

We also dropped by at the Philippine Carabao Center-Ubay Stock Farm (PCC-USF) before exiting the town to try the Chocobao and carabao cheese. The Chocobao is very good. My brother, Sam, and I also took a sip of the carabao milk but we immediately searched for candies right after to somehow cleanse our palate. My brother was lucky because I still had the Hollywood gum given by a friend in Paris. The milk smells like carabao but it is really worth trying though. It is really worth trying.  Sam and I are not fans of carabao milk. We’ll say yes for Chocobao but not for the pure milk. But I will still try it again to get used to it. 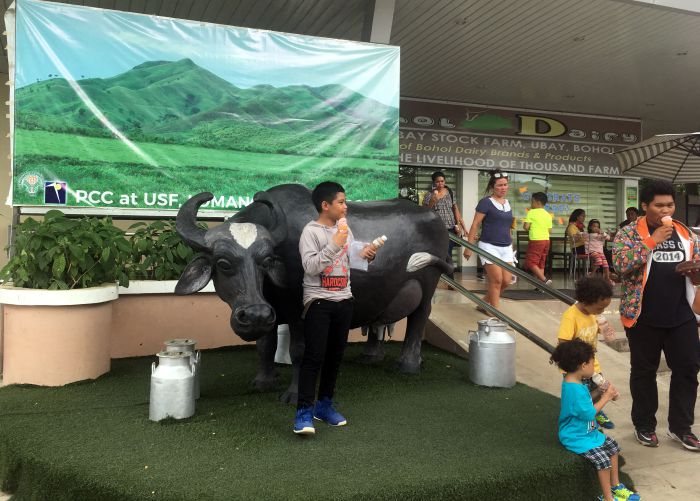 Because of that milk incident, I waited for my French husband to taste the carabao cheese first. Left it to the expert of cheese. Since he liked the milk, he was very excited to try it and he’s been looking for carabao cheese since 2010. His judgment: the taste is good but he has some problems with the texture which according to him, it feels like flour. I am not very adventurous when it comes to food though so I just did the laisse tomber stuff. 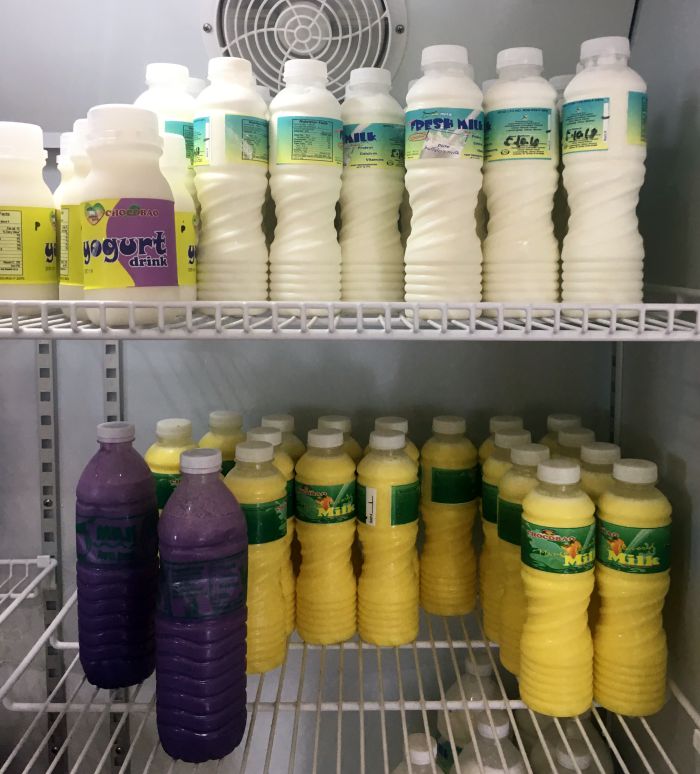 The good thing about it is that, the products are very affordable. I was expecting some tourist price but it wasn’t. It is just like any ordinary stores. I’ve noticed that many customers were locals who go there just to have snacks and not just mere tourists who have planned to splurge already. They also have some typical Filipino sweets there. 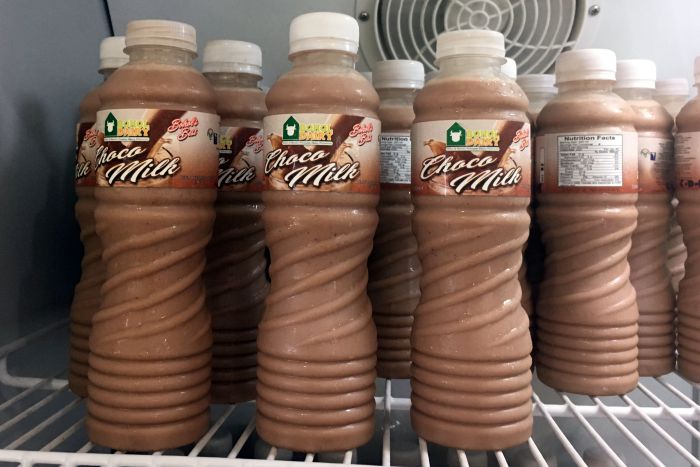 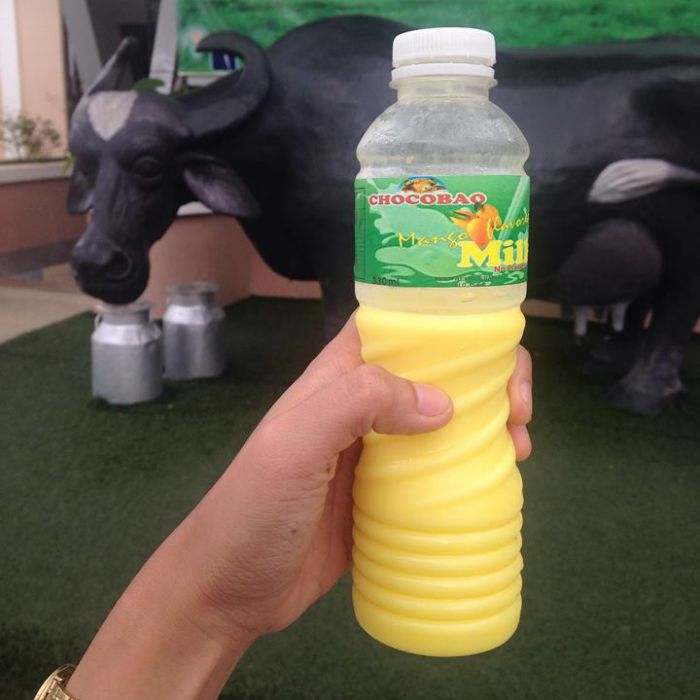 In going home we passed by the towns of Trinidad, Bien Unido, Talibon, Getafe, Inabanga and Clarin and Tubigon. On the left side we had mountains and hills in sight while on the other side was the sea. Having shared this magnificent view with my friends and family is one of those I-could-not-ask-for-more moments.

My One Day Sojourn in Amiens, France

Bohol Bee Farm: Filipino Products That Can Make You Proud

There Aint No Rest for the Wicked: Going Out to Taste the First Weekend of Spring 2018 in Paris-dise