Today is the 73rd anniversary of the first issue of Le Monde which was on 19 December 1944. Le Monde was born right after the Liberation of Paris in August 1944 with Hubert Beuve-Méry, a member of the Resistance in France during WWII, as one of its most important founders.1 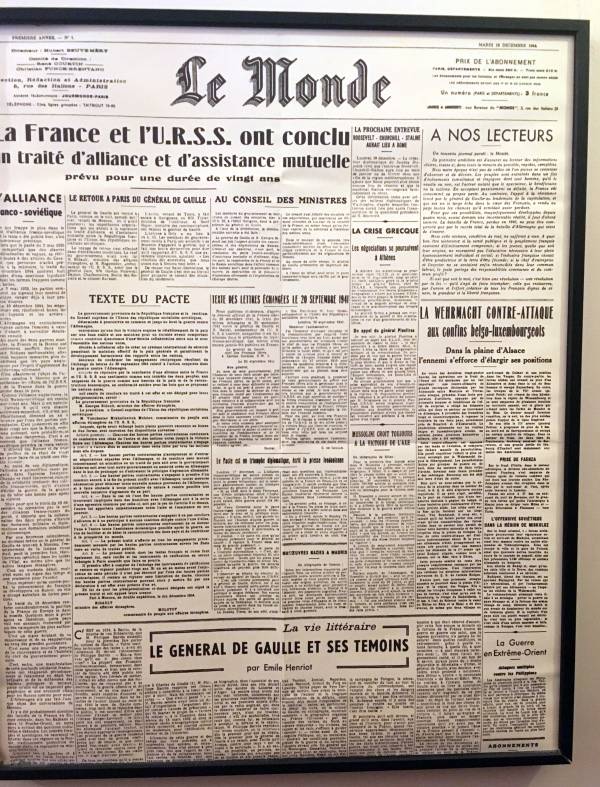 It is the successor of Le Temps, a very important newspaper in Paris from 1861 to 1942 and was considered as an information organ of the elites. The paper was also accused of receiving subsidies from the communist Russia as well as from the Bulgarian and Greek governments.2 Its connection to the Panama Scandal had contributed to its cancellation due to “national indignity”. 3 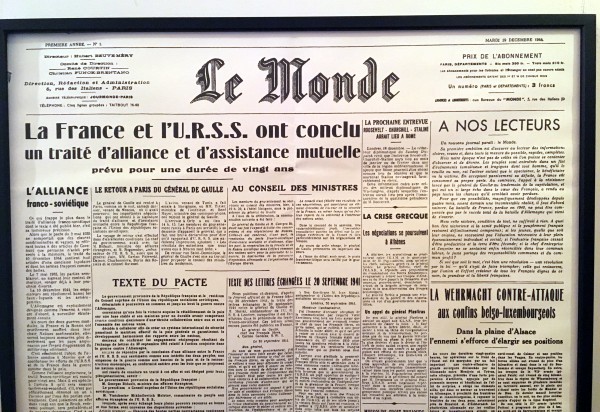 The General Charles de Gaulle, who was the Chairman of the Provisionary Government, had wanted a newspaper that could fulfill a public service function and that is to inform and it should be an instrument of national consciousness. There was a need for an independent paper that would permit France to occupy its rank in the universe of information. 2 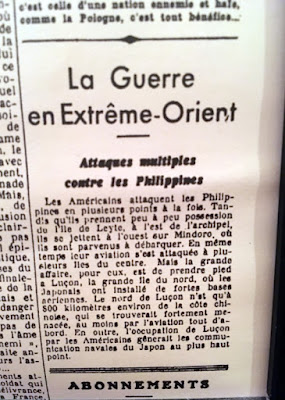 I got suddenly obsessed about this because last weekend, we were invited to a friend’s birthday and on their wall was a laminated copy of the first page of Le Monde’s first issue. I love things of the past so I read almost every bit of it until I reached the lower portion of the paper and the letters making up Philippines instantly caught my eyes. Then, I noticed the date of issue. It’s just on time. The article suggested something bloody though. It’s sad. The war is always sad but those are things of the past. It is something we must accept but never forget.
References:
1   1. https://www.britannica.com/topic/Le-Monde
2   2. Thibau Jacques.”Le Monde”: 1944-1996: Histoire d’un journal, un journal dans l’histoire (1996) 49-66
3  3. Thogmartin, Clyde. The National Daily Press of France. (1998) 113-114

How to get that OFII Vignette (Demande d’Attestation OFII)

Things to Do When You Arrive in France