A friend was planning to watch “Don Karlos”, a play written by Friedrich Schiller, so I asked to tag along. I love theaters, though I haven’t been into a lot back then in the Philippines. My brother’s gusto when talking about plays and stage actors was so contagious that I ended up becoming a big fan of Eugene Domingo, John Arcilla, Ronnie Lazaro, Pen Medina, and Joel Torre like him. So I was really excited to go there.
I went to see “Don Karlos” last Friday at La Commune in Aubervilliers where it is currently performed without any idea what is the story all about. I wanted to discover it as the play goes on.
When the first character started talking, I was kind of breathless. Each time I watch a play, I feel like I’m on a plane taking off. What if someone forgets a line? I was thinking of myself as the one delivering the dialogue. Imagine those pairs of eyes all focused on you. Well, the actors were more than amazing and no one missed a line. I was already into the story after few minutes.

I was destined to be there. Why? Well, the story is loosely based on the life of Don Carlos, the son of King Philip (Felipe II) of Spain and the events that transpired during the latter’s reign in the second half of the 16th century. This King sounds familiar, right?
In the beginning, I was thinking that King Philip II was not in the play because the King character didn’t say “I am King Philip II”. The King in the play refers to King Philip in the third person. I forgot about the Royal “We”. Have you noticed political candidates or politicians or even some of your friends using “tayo” or “kita” instead of “ako”? That is the same Royal “We” used by kings, queens, the Pope, etc. 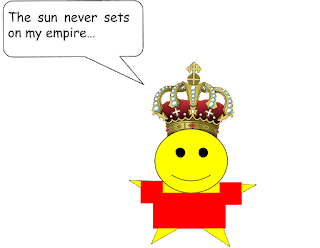 Anyway, when I heard the line “the sun never sets on my empire” (in French), there was a big “AHA!” in my head. AHA! This is the same King Philip (Felipe) to whom the Philippines was named after. The Spanish explorers had named our islands “Las Islas Filipinas” in his honor.  I’ve forgotten about it and I have wondered why we are called Filipinos/Filipinas when the name of our country is the Philippines. The answer my friend is blowing in the wind (‘tis a Bob Dylan song).

The play is really informative. Its duration is 2h30 but it felt like it was only for an hour because I didn’t notice the time passed. I was very “contente” about “Don Karlos” for many reasons. The acting and how they made use of the props are “genial”. Although it did not depict 100% the events which transpired during this epoch, I have learned a lot still and pushed me to review Philippine history. You, know it is quite shameful being asked about basic history of your country and can’t answer it. This has happened to me by the way and I’m still haunted by it. A French friend wanted to confirm if King Philip II has a statue in the Philippines but I didn’t know. Thanks to Google, I’ve learned there is one in Intramuros, Manila. My history professors are going to kill me.

It is a must to know our history. We can move forward faster and we can achieve a lot of things if we know who we are. In addition, French people socialize a lot and they love to talk about culture, history, science etc. So it is really good if you know your history because you might be asked where our country got its name. Another thing, King Philip II’s third wife was Elisabeth of Valois, the daughter of King Henry II of France and Catherine de Medici.  That is another connection.

Things to Do When You Arrive in France

An Ordinary Week in Paris