Like what I have said in my previous article, learning a new language takes time. It is not an overnight thing. If you are still struggling with your French right now, don’t hate yourself or the language. You are not alone. The majority of things require hard work, hence, we must find ways on how to improve our French language level and exert some more efforts. Well, it can be fun too. It’s challenging.

Being multilingual or bilingual has several advantages. Here in France, our career opportunities will be wider if we can speak French and English. When it comes to mental health, there have been studies that suggest that learning a new language can help slow down Alzheimer’s disease and dementia.

I have collected the recommendations of my French language teachers and listed them down here. I wish it were a “Eureka!” moment but no. You’ve known these things already. This article is merely a reminder and a sort of pressure that you must do these or continue doing these.
So, lo and behold! On y va…
1.   Go out of your cave and practice speaking French.

What better way to develop our French speaking skills than practicing it? So speak, speak, and speak. If you are living with someone who can speak French, you are lucky since you have someone to converse with. It is good but it is not enough.

When you speak with the same person, you have the tendency, or really, you will be using the same vocabulary. We sort of belong to the same wavelength already so we can easily get what the other means. My husband is French and French is our official language at home. I can understand perfectly my husband, teacher and the TV/radio programs but when I was asked by the serveur/serveuse of the restaurant; I always find myself with a blank look.
So we really have to go out of our cave and try to speak to a native-speaker.
2.   Watch films or TV series in French and with French subtitles
When you watch films or series, it is like you are outside listening to people. I have learned a lot of French expressions by watching Orphan Black, Stranger Things and several series (Marvel) on Netflix. It’s quite frustrating not to hear their real voice but I’m getting used to it. Although, there are films that I would really watch in English.
Recommended films:
Le FabuleuxDestin d’Amélie Poulain
Lavie est un long fleuve tranquille
Ils se marièrent et eurent beaucoupd’enfants
3.   Listen to the Radio and try to summarize it
One of my French language teachers insisted on listening to France Culture particularly “L’invité des matins” at 0740H. Each morning, the show has guests who are experts on a particular topic, be it the missiles of Kim Jung-Un or the cows at the farm listening to RT all day long. This way we would also be up to date to what’s happening around the globe. I like “L’invité des matins” also because it runs, generally, for 20 minutes only, so it is well within the adults’ attention span. And I am an adult.
Additionally, one of the main reasons why we want to learn French is to have a good career. To have this, we must not only learn to speak the language but we must also speak it in a formal way. We can’t go to a job interview and say “C’est quoi ça?” to the interviewer.  Right?  We need to learn the appropriate words and the show’s guests who are experts on politics, economy and all those can give us an idea on this.
If you have time, try summarizing it. You will be forced to understand every bit of the topic, vocabulary, verb structures and expressions.
4.   Watch French TV Shows
Another recommendation of French language teachers is to watch French documentaries. We can learn the language and also the important subjects and issues. Again, we will be hitting several objectives (hitting two birds is cruel, animal rights were not considered then maybe). I do watch Thema on Arte.
5.   Read French Literature Books

Reading books can surely increase our vocabulary and we will be familiarized with the “passé simple”. Another thing, it will upgrade our knowledge of culture.
I have just finished reading my 4th book,  “Entre Les Murs” by François Bégaudeau. It was adapted into a film which won an award at the Festival de Cannes. And my husband used to work with these kids in Belleville. You would understand the what’s going on in schools.

6.   Ask a French native speaker to give you “dictées”
Everyone is practicing this method. So test yourself by asking a native speaker to give you dictations. It will develop your listening skills and you will be used to the several rules on French pronunciation like the liaison, when there are several consonants, etc.
7.   Read the Daily Journal
Make the most of the free journals that we have in Paris. We have 20 Minutes, Direct Matin, A Nous Paris and etc. While in the metro, why not read the papers. We can learn new vocabulary and verb structures and at the same time, we can also keep track of the current affairs. It is really win-win.
8.   Listen and Learn French Songs
Songs. Your new vocabulary would surely stick as you would probably have an “LSS”. I’ve improved my English with this. When I was in elementary school, the internet was not the thing in that epoch, so my sister and I used to record our favorite songs in a cassette tape and played and paused it to get the lyrics. Then, I distributed it to my classmates. Then, I was like a heroine. Just for one day. J.


·        “Tomber Pour la France” by Etienne Daho.
These are songs that you cannot learn by just listening. You need to “sipra” it, I mean you need to study their lyrics, sequence, and timing. Unless you’re a music genius. They’re tongue-twisting which make them more challenging and not boring. Plus, these songs are cool too.
9. Install language apps on your smartphone
I have these apps on my phone:
Duolingo. This is my personal choice and it is free. I learned the French demonstrative pronouns (and a lot more) with this App’s help. You can use it anywhere. I used this App during lunch breaks when I was still in the Philippines so that no one could hear me as I repeat the words.  It can teach you good pronunciation. 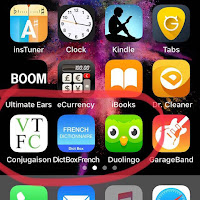 The idea of keeping a “streak” in the app motivated me to practice it daily. It also keeps your progress because it has different levels. You have to master each level so you can unlock the next. A reminder will also be sent to you before your chosen period to use the app. It depends on how you set it. The app’s interface is clean and very user-friendly also. 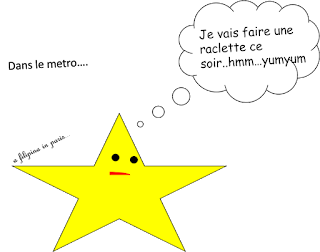 I have started my real French language course last November 2016 and my French connections have seen my progress. I am also lucky to be in LFA. There, we were not only taught about grammar rules but also how to explain them. Some French would even ask me about some rules especially about the “accord” of the participle passé and the complement d’objet direct.
Good luck to you and me! On va y arriver…

Did you learn something out of this article? Or did it make you realize something? Please, leave comments below or share it with your friends who are struggling like us. J.

When is the Best Time to Visit Paris? (Through My Reference Frames)